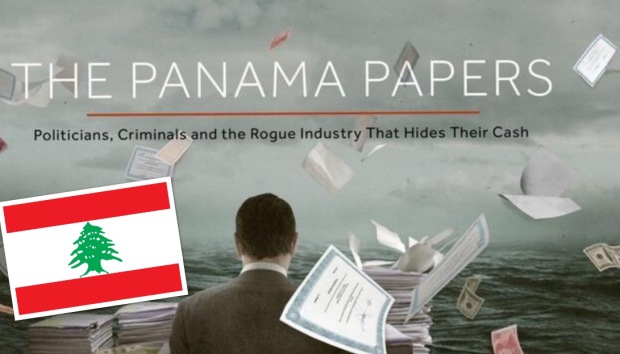 I find it weird that no Lebanese media has been all over the Lebanese aspect of the Panama Leaks and the names that have rose to prominence as part of those documents.

The Panama Leaks have been, over the past two months, the biggest and most extensive data reveal into the corruption that reaches up to celebrities, politicians and governments. They basically name people who have set up shell corporations in Panama for a variety of purposes.

A shell corporation is a company that serves as a vehicle for other operations without itself having significant assets or operations per se. It serves a multitude of processes, and it can be used for legitimate reasons, but they can also be used for tax evasions.

The Panama Leaks are already shuffling political cards around the world. UK PM David Cameron was faced with huge protests after being named in the leaks. The prime minster of Iceland was even forced to resign after he was named in those leaks as well.

Recently, the International Consortium of Investigative Journalists (ICIJ) made the data available for the public to see and sift through, so I went ahead and saw how many Lebanese were involved in such leaks.

This does not mean that the Lebanese companies and individuals named in those leaks have committed anything illegal. Shell corporations can be used for money laundering, tax evasions, among other things. If anything, the complete neglect that Lebanese media has put over the leaks and their Lebanese aspect is the fishier aspect of it all.

The question to ask is: why do some Lebanese banks need to establish shell companies abroad when laws in the country are extremely favorable for them to begin with? And why do Lebanese individuals need to establish such companies in the first place, given that Lebanon’s banking system is secretive, where taxes are kept at a minimum and where the economy framework is built on a laisser-faire approach, rather than an actual developmental plan, which enables the individuals who can establish shell companies from not needing to.

Of the names revealed by the Panama Leaks, I cite the following:

Of the companies revealed by the Panama Leaks, the following are examples:

I search for other politicians but couldn’t find any. Search queries for Miqati, Hariri, Safadi, and other moguls have yielded no findings. Don’t fret though, those people have plenty to be happy about in Switzerland.