I was recently invited to an event held by the Ministry of Telecommunications in Beirut to discuss the accomplishments of this ministry throughout the past year.

Many numbers were unveiled to show improvements from year to year. For instance, the number of data subscribers in Lebanon has tripled in the past year, due mostly to the introduction of the 3G data bundles. The country had about 200,000 subscribers in September 2011 and more than 900,000 in September 2012. The speed has increased 18 fold, from 70Kbps to 1.8Mbps, on average. Although I believe the comparison is slightly unfair since we’re comparing different generations.

Smartphone penetration in the country is more than 50%. DSL subscribers have increased by about 40,000 over the past year, up from 200,000, which I found not to be that impressive considering all the price drops. The average speed is now 1Mbps. But nothing was mentioned about improving the speed further up to the speeds that are currently advertised as possible. For instance, as a subscriber with IDM, I pay $50 per month for 2Mbps and 20GB in quota. I get the 20GB but I only get 1Mbps. However, since I live in the North and we don’t usually get upgrades quickly here, the comparison may not be accurate. But it’s the same situation in my apartment in Achrafieh where I also get only 1Mbps.

The minister also announced that 5 companies have gained rights to start introducing data services in the country, making the total 7 with Alfa and MTC. I believe this should increase competitiveness and maybe bring the prices down although no timeframe for the introduction of these companies’ services was announced.

When it comes to the current generation we have, 3G, it was announced that Alfa, for instance, has over 800 towers to cover a lot of Lebanon. My problem though is that the advertised coverage is still greater than the realistic one. Many areas which have 3G theoretically on Alfa’s map are not covered in real life. However, the coverage has definitely improved throughout the year and seems to be progressing as such. My problem with 3G, and this is even worse with the upcoming 4G, is the pricing. I don’t have a problem paying $19 per month for a data subscription… if I got more than 500MB. With 3G and being a little careful, the 500MB can be barely enough. But I believe that if the ministry’s hope of getting the country high up the digital age is to be realized, then the quotas need to be drastically improved. 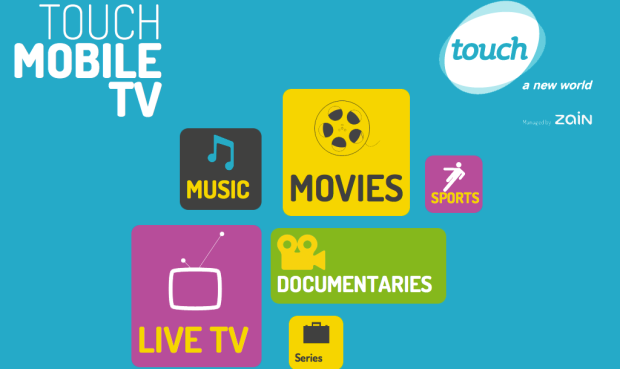 MTC announced a service that they will be unveiling in the first quarter of 2013 called Mobile TV. The service will allow users to watch a selection of movies, documentaries, series and sports reports on the go. They will also be able to stream live TV without going to a channel’s specific website.

Mobile TV, however, will not be using your existing quota. After all, what will 500MB do if you wanted to watch a movie on it? MTC will be selling Mobile TV as bundles which will allow you access to a specific number of channels. The prices were not decided upon.

I personally think this service is slightly more useful than “changing the tone to a song one” because it’ll be very hard to top that in the matters of uselessness and silliness. But overall, I think this is fairly useless. Perhaps some users who actually don’t own a TV set, rare as they may be, will find it useful. But for the absolute majority, I believe the cost-effectiveness of it, especially if you combine it with the much more useful mobile data, will deter them from actually becoming loyal to the service, although I see many trying it out for a month or two.

After all, why would I need TV on my mobile?

Either way, you can check out the demo of mobile TV here.

As I had told you before, the frequency that Lebanon will be deploying for LTE is band 3 which means that most commercial phones equipped with LTE coming from outside the US will work on the network, though most LTE users at first will be iPhone 5 users because most LTE-equipped android phones haven’t been released in Lebanon yet, as far as I was told by an Android-enthusiast.

The area that Alfa’s LTE will be able to cover indoor spreads from about Geitawi to Downtown and down to some parts of Baabda during the initial launch phase. MTC did not unveil a coverage map. The coverage outdoors expands slightly but this is basically the area that will be covered.

20 sites have been equipped in order to provide this coverage and Alfa will be sending out mobile sites to universities across the country to show students the service. They’ve also launched the pilot testing phase yesterday with commercial launch aimed at the second quarter of 2013.

I asked them about trying to be part of the pilot testing but they said the people have already been chosen, which I thought was disappointing because I’m sure I’m not on that list. I also asked them about potential prices for the 4G LTE bundles and they said decisions haven’t been made yet. However, I shared my concern that 500 MB quotas and 4G will be absolutely ridiculous. I basically stood there as the Alfa spokesperson showed me LTE speeds and counted to 5 in front of him as I pointed out to the data he had downloaded in those 5 seconds. And that was my entire monthly quota.

The average is for the last 30 seconds. This was taken at the beginning of the test. A few seconds later, the average became well over 90Mbps

The speeds that I was shown averaged around 90Mbps with Alfa and about 70Mbps with MTC. However, they both admitted that these are lab speeds that are as such because they’re the only ones using the network. When the pilot testing phase ends and 4G becomes available for the public, expect speeds to be much less than 90Mbps although far, far higher than their 3G counterpart. After all, do you need more than 30Mbps as speeds?

Upload speeds, though, were far – far less impressive with both MTC and Alfa averaging 1Mbps.

Nothing was mentioned about whether rolling out 4G will be as problematic as when 3G was released. Hopefully the infrastructure was improved drastically since then. Either way, 4G is rolling out with a much smaller area of coverage than 3G and I don’t expect that to change very fast because even in very advanced countries, 4G LTE is present only in major cities so far.

It was announced that the process with which a company can get an ISP license is now very easy. So expect a lot of new ISPs to pop up soon. Alfa said that about 195,000 subscribers use their U-chat plan. Alfa has over 1.8 million active subscribers. MTC did not unveil a number but last time I checked, they had more than 2 million, which brings mobile penetration in Lebanon close to 100%.

The Beirut Digital District is a nice venue and the event was highly organized. However a lot of the presenters, even though they hold high position jobs at their corresponding companies, had absolutely no idea how to give a presentation.

Ericsson unveiled a very cool and creepy device which got the attention of everyone there which turns your body into data storage. For example, you go to a hotel and you book a room. The concierge programs your lock to the palm of your hand. So in order to open the door, you only need to touch the doorknob. Futuristic, you bet.

Nothing was mentioned about upgrades to the ADSL network which I found to be odd seeing as fiber optics had been a discussion point for a while now.

A service that I believe should be added to the mobile sector is being able to change carriers while keeping your number. I don’t see that discussed anywhere.

Overall, while there’s obviously a lot of room for improvement – especially when you get a taste of how the telecom sector is in other more advanced countries – the work being done is impressive.

6 thoughts on “Telecom, Mobile TV and LTE 4G in Lebanon”