Yoü and I was just announced as the upcoming fourth single off Lady Gaga’s newest album “Born This Way.”

The song continues in the sound departure Lady Gaga has set for herself this era: more Edge of Glory than Judas, if you want – and that’s not necessarily a bad thing.

The soulful, piano-driven, 80’s rock-influenced ballad is about going back to see an old love and not wanting to let that love go. It starts: “It’s been a long time since I came around. It’s been a long time but I’m back in town and this time I’m not leaving without you.”

The song is the story of a relationship that started with a long chase: “Something, something about the chase
(Six whole years).” And ended with Lady Gaga not wanting to let him go but had to. Now, two years later, she’s back to her hometown and she’s not leaving without him, despite the relationship being tumultuous. However, she can’t get over the small gestures she loved: “On my birthday you sang me a heart of gold with a guitar humming and no clothes.”

Lady Gaga’s vocal performance on this song is one of her best. She injects the lyrics and melody with energy that takes the whole song to another level. The song could have easily been monotonous, but her nuances and injections here and there elevate it into a breathy and easy-to-listen to track.

The interesting thing about the choice of Yoü and I as a single is that, even though the album has other electropop songs that would become faster and surer hits on radio, Lady Gaga chose this “unconventional” song for pop radio. It could be that seeing the runaway success Adele is currently having, Lady Gaga has realized the electropop age is fading and is slowly trying to get listeners to get accustomed to her new intended sound. If that’s the case, I have hope her upcoming music releases would be even better and show true artistry, not just flashy gimmicks to grab attention.

Deviating away from trends is Lady Gaga’s niche. Yoü and I continues this trend and this time, it just works. The song is great. Whether radio embraces it and turns it into a big hit is another matter entirely. But it’s Lady Gaga so you know the hype will be big. And at the end of the day, a true artist knows they have a clear path to self-expression. I’m glad Lady Gaga is not worried about the risks that her path involves. But the fact of the matter is, Yoü and I wasn’t the only song off Born This Way to go top 10 on iTunes without being a single for no reason. There’s a lot of appeal behind it. Hopefully it will translate into a successful single that will continue in steering Lady Gaga in this direction.

Listen to Yoü and I:

This Born This Way parody by Weird Al Yankovic is absolutely hilarious! 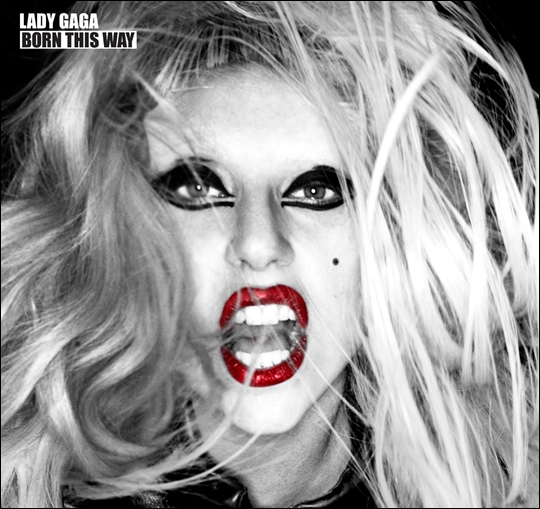 It looks like our lovely General Security peeps have put their paws up because they were born this way – and that is bipolar.

Mere days after they banned the release of Lady Gaga’s new album, Born This Way, they have revoked their decision and released the album at various Virgin Megastore outlets, the country’s leading music retailer.

While I am all for the decision since I’m against banning the album in the first place, regardless of content, I have to wonder what changed their minds. Could it be the overwhelming pressure from bloggers and social media users? I hardly think so. It might have simply been a case of them looking at the tracklist, seeing the words: Bloody Mary, Black Jesus, Judas and deciding that this is offensive – which is exactly how Lebanese censorship works, by the looks of it: scan the outside, it if doesn’t pass, cut it.

Well, I, for one, am not buying the album simply because I’m not willing to cough up a ridiculous amount of money for it – money that I’d rather spend elsewhere. But for Gaga’s Lebanese “little monsters” as they call themselves, they are already flocking down to Virgin Megastore to buy the singer’s album, as reported by twitter user BilalWH.

And as Lady Gaga would tell her little monsters: just put your paws up, because round one goes to you.

It looks like the Lebanese General Security has decided to ban Lady Gaga’s new album, Born This Way, from being sold and distributed in Lebanon, as reported by The Sun.

The cause of the ban? They deemed the album “offensive to Christianity”. Even her previous single Judas was taken off Lebanese radio soon after it came out in April.

So Lebanon will be one of the few countries in the world where Born This Way will never chart. Bans of the sort (based on religious causes) are never revoked.

But is the ban this relevant? I don’t think so.

Simply because most Lebanese have either heard the album already or have very simple ways to purchase it, or listen to it: YouTube, illegal downloading, etc….

It’s the same thing with The DaVinci Code. Has anyone not read that book yet? We’ve all gotten a copy from abroad and read it.

As they say, what is forbidden is usually wanted, so this will only increase interest in Lady Gaga’s album in Lebanon. The proper step would have been to simply release the album and let people judge for themselves if they liked it or not. Sure, the album has Christian elements in it but that’s Lady Gaga’s way to deal with her being raised up in a strict Catholic fashion.

After all, it’s not like Lebanese are going to run in masses to purchase the album that will surely be way overpriced at Virgin Megastore outlets.

Lady Gaga’s much anticipated sophomore release (or third album if you count The Fame Monster as her second) will be released on Monday, May 23rd.

The album opens up with “Marry The Night”, a song about Lady Gaga’s love for her native New York. Fusing electronic beats with interesting lyrics about belonging, her vocals are not drowned out and the production is quite good on this, especially after the bridge.

“Marry The Night” is a decent album opener, followed by her mega-hit “Born This Way”. And while I believe the song itself was driven more by hype than quality (It has become Lady Gaga’s biggest hit but I don’t think it’s her best song), it sets the tone for the message Lady Gaga wants to get across with this album: embrace who you are, regardless of who that might be.

“Born This Way” is followed by “Government Hooker”, arguably one of the most hyped about tracks of the album. Starting off with a very interesting beat, Government Hooker has a brilliant line on the bridge: “put your hands on me John F. Kennedy.” But is this the monster song of the album? No. It is not something I can find myself repeating on end although I can definitely see it being played at some night clubs courtesy of its stunning beat.

And then comes “Judas”, probably the most controversial song on the album. Discussing the struggle between love and sin with a religious twist, “Judas” was the album’s second single but failed to become a mega-hit on pop radio, even though it follows the “Bad Romance” style closely. What “Judas” and “Government Hooker” have in common is their similarity is their euro-pop roots.

“Americano” is a song that fuses latin beats. It is the “Alejandro” of the album, but unlike “Alejandro”, “Americano” doesn’t pack an extra-punch that would make it a viable radio single. “Americano” is a song about a lesbian romance in L.A. This is followed by “Hair”, a song that I feel belongs on the album of a much younger artist than Lady Gaga. The lyrics on it are corny and sometimes ridiculous. Some are saying this is her song for the tween audience, but I think it could have been so much better. For my full review of Hair, go here.

“Schiße” is a track incorporating German lyrics that I don’t understand. The beat is interesting, however. “Bloody Mary” is another song with religious inferences but it is a very interesting song. Do not be fooled by the song starting off with music reminiscent of Broadway musicals, the beat that comes later on is as grinding as the other songs on the album.

“Bad Kids” is the anthem to anyone who hasn’t grown out of misbehaving. It is her homage to the NYC Club Kids era. “Highway Unicorn” is a song about driving down on the highway in a convertible, another song about freedom and being born to be wild.

“Heavy Metal Lover” is Lady Gaga’s take on fetishes and it is more hardcore than Rihanna’s S&M. While I’m definitely not in this song’s target audience (the genre referenced in the title isn’t something I normally listen to as well), some people will like it. Different strokes, I guess. The song has, however, very cool vocalizations in the background.

“Electric Chapel” is an over the top song, driven by electronic beats where she tells the guy not to be a “holy fool”, a lyric also used in “Judas”, and meet her at the electric chapel. The song, like the many songs before it, also incorporates elements from 1980s music, albeit fusing them with sci-fi elements that lack in other songs.

“You and I” is the first track off the album that people heard when it was performed live last year. This is a piano-driven ballad with electronic beats as well, making for a rather unique sound. The album concludes with Lady Gaga’s current single, “The Edge of Glory”, about being on the edge of something great, be it love, life… the lyrics to this are good, as well as a brilliant saxophone breakdown. However, as I said before, I would have liked it to be slower.

“Born This Way” is an album that can’t be separated from hype because hype existed before the album was even conceived. Prior to its release, Lady Gaga had declared that this album would be the “greatest album of the decade”. I’m sorry, Lady Gaga. While this is a good album, it is not a classic that will go down in the books as the best album of the 2010s. Sure, it is different from most of the mainstream music currently being played, but it doesn’t stray far from that. After all, there isn’t a song on this that doesn’t have an electric beat, even the one that was labeled as a ballad.

So overall, horrible cover and Madonna-comparisons aside, this is an album that holds its own in a music climate where doing so isn’t enough. Yes, it will sell millions of copies and bring in millions for Lady Gaga and her label, but will it be enough to take award-gold? Some award shows will honor it. Others won’t. This is will be far from a clean sweep. But kudos for Lady Gaga on making a record expressing what she believes in, regardless of how radio-friendly it may sound (and on most songs, it actually is radio friendly). However, will this the coveted Album Of The Year at the Grammys? I’m going with no.