I find it very hard to believe this is the same man who, a few years ago, was busy churning out hits about romance and love. Looking at him now, singing about love is the furthest thing from what I’d expect.

Fadel Shaker, currently serving as Ahmad el Assir’s right-hand, wants to fight for the honor of Muslim women in Syria. Therefore, he wants your support and money. He even has an email.

I’d write a line about the need for jihad calls in Syria emanating out of Lebanon to be illegal. But that would defeat the purpose seeing as Hezbollah is fighting with one side while Sunni extremists are fighting with another. And this isn’t really about the message behind Fadel Shaker’s message as much as it is about the radicalization of this former pop-star who now sends greetings to Sunni Muslims and only Sunni Muslims on Twitter, insults the patriarch and bashes anyone who dares criticize his master Ahmad el Assir.

Lebanon’s psychologists, wouldn’t he make a fine specimen for a case study?

Thank you Kalim Chidiac for the tip.

A news report just published is saying that more than 15,000 Syrian army men are heading towards the Northern Lebanese borders for a military attack to secure the border. The report also says that the Syrian army might venture deep into Lebanese land and reach Tripoli to completely annihilate the support of the Syrian Free Army in North Lebanon.

I’m taking this with a grain of salt because it sounds too far-fetched, not to mention that the source of the news is Al Diyar. Why would Bashar el Assad risk 15,000 men away from battlegrounds where they’re probably much more needed?

But I’m not a military strategist nor do I want to be. So assuming that there’s some truth to this and that the Syrian Army might be planning something eventually along the Lebanese border, let me ask our government a few questions:

Alas, the answers to all of those questions are already known. Long live a country whose borders are as open as the legs of a prostitute.

I had a few people ask me if I had more pictures of the Syrian Houla Massacre where over 106 people were killed, including 49 children and 20 women.

The new ones are a follow-up to this post and contain images that verify the location (last one), as well as ones showing the presence of UN-individuals at the location.

I will refrain from political commentary. The only thing that can be said: I see lots of humans but no humanity. 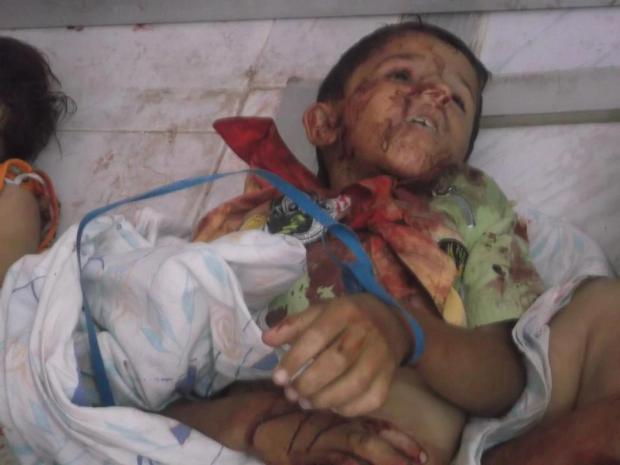 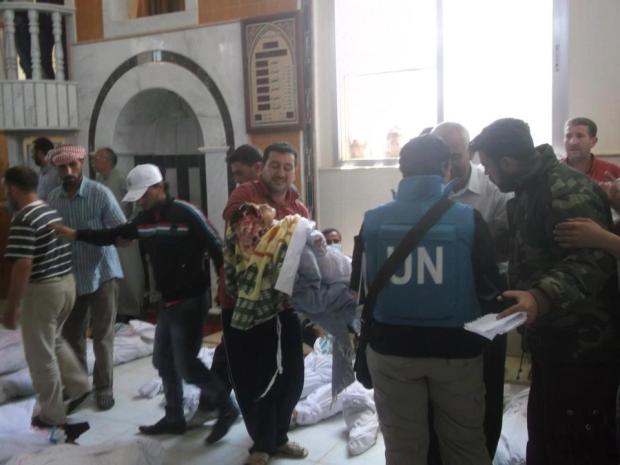 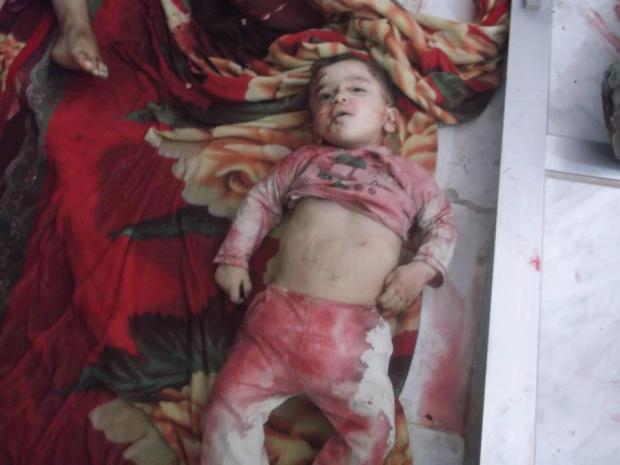 A bulletin hung at the premises where the body were put. The caption on top is Arabic for: the people of Houla